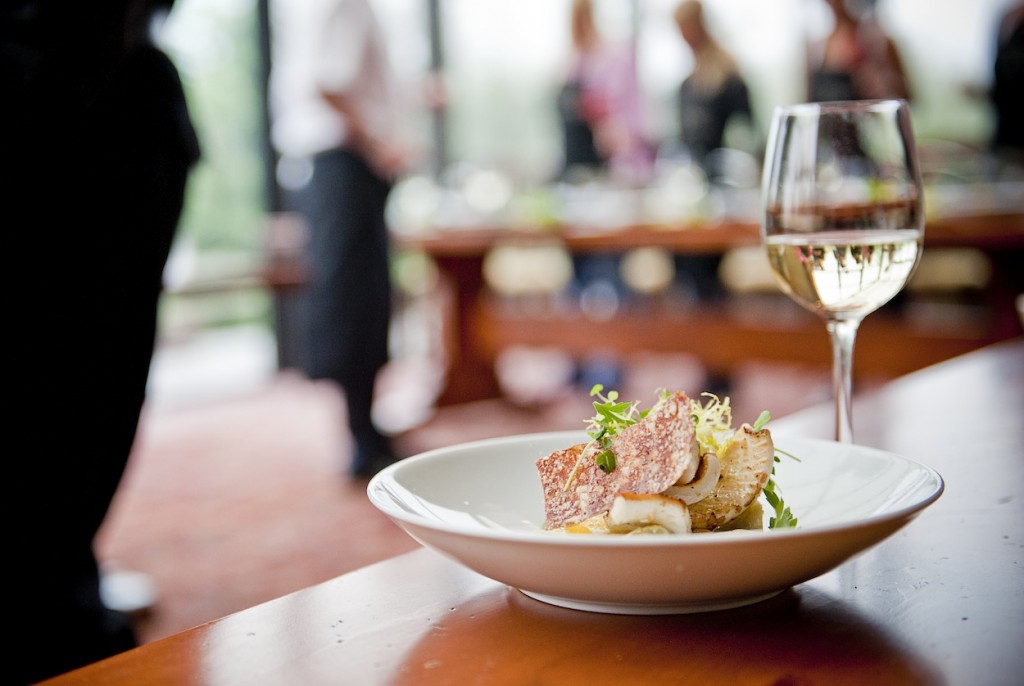 The Amazing Culinary Legacy of The West Coast Fishing Club

So much more than great food…

Strictly speaking, the dining rooms of The West Coast Fishing Club’s lodges don’t qualify as restaurants in the eyes of reviewers or by those who conduct the various rankings of fine dining emporiums of Canada, British Columbia or the world for that matter. But if they did, the results might surprise food lovers who thought they knew their way around all the gastronomic landscapes. At the very least, they would certainly begin to acquire an understanding of just how serious The Club is about maintaining the high standards of its culinary program, and how many years it has taken to reach its stratospheric altitude.

Yes the food is great, but there is a lot more to it. Over the years – almost 30 to be exact – The Club has attracted a long list of some of the best-known names and has helped to develop some of the brightest lights in the Canadian culinary universe. It has also attracted the friendship and support of Chef David Hawksworth, whose name is indelibly etched among the elite ranks of North American executive chefs. Not only is the owner of Vancouver’s universally celebrated Hawksworth Restaurant a frequent visitor to The Clubhouse and The Outpost, he has also been influential in all aspects of The Club’s culinary program and a mentor to many of its talented chefs, including The Outpost’s current Executive Chef, Paul Moran. A 28-year-old native of Kelowna, BC, Moran trained under Hawksworth and is the recipient of numerous medals in local and international culinary competitions, including the inaugural Hawksworth Young Chef Scholarship in 2013. In spite of his young age, Moran has worldwide culinary experience in Dubai, Mexico, Canada and Michelin starred restaurants in France. More recently, having won the 2015 San Pellegrino Young Chef Canada competition. Paul took a week off from The Outpost to travel to Milan, Italy to represent Canada for the World’s Best Young Chef  and was ranked an impressive 5 out of 20 on the world stage. Congratulations to Paul for this great accomplishment.

In addition to mentoring and inspiring chefs of The West Coast Fishing Club, David Hawksworth has garnered further distinction for The Club by hosting the annual David Hawksworth & Friends Culinary Adventure, a perennially sold-out special event trip at The Clubhouse that features cooking classes with the master himself and with celebrity guest chefs he has personally selected from the finest kitchens on the continent. The current roster of chefs at The Club’s three properties in Haida Gwaii is in many ways stronger than ever. In addition to Moran settling in at The Outpost, Shaun Snelling returned for a second year as Executive Chef at The Clubhouse. At a young age Shaun has a very impressive resume that includes working in Toronto for famed Chef Anthony Walsh and for the Oliver and Bonacini group’s flagship establishments Canoe and Auberge du Pommier. North Island Lodge is equally blessed by the presence of Executive Chef Liam Paul who took over this year for the late and sadly missed Walter Pelliccia at North Island Lodge. A native of Toronto, Paul cut his culinary teeth at kitchens in the ski towns of Jasper, Alberta and Whistler, BC and then returned to Toronto to work with chef Marc Thuet of Conviction Kitchen and Thuet Restaurants. He later settled on the west coast of Vancouver Island where, among other assignments, he served as Executive Chef at Long Beach Lodge Resort in Tofino, where he guided the resort’s restaurant to a third-place ranking in Canada by Conde Naste international travel magazine. The net result is that, when the guests are out catching fish after fish, the chefs at all three lodges are constantly wowing guests morning, noon and night. But they are only the most recent names in a long list of accomplished kitchen masters who have contributed to the culinary legacy of The West Coast Fishing Club and subsequently made their way to the extreme upper echelons of their profession.

To illustrate, here is, in no particular order, a list of what a handful of West Coast Fishing Club chefs have accomplished in their illustrious careers. Canada’s first Top Chef, and multi-award winning culinary artist, Chef Dale MacKay had been a protégé to world renowned Chef Gordon Ramsay at his restaurants in Tokyo, New York, and London and was Executive Chef at Lumière in Vancouver, managed by celebrated New York Chef Daniel Boulud’s Dinex Group, and most recently the former Executive Chef/Proprietor of Ensemble Restaurant and Ensemble Tap in Vancouver. Chef Chris Irving spent two years under David Hawskworth at Vancouver’s West restaurant. He has also achieved things one can only dream of in such a short time, including four years with the Gordon Ramsay Group, as private chef to the Beckhams, cooking for the Queen of England and chef consultant to the Spanish Royal family. Irving is currently working in Australia where he is executive chef of The Gantry Restaurant and Bar located on Sydney Harbour. Chef Ryan Stone was formally trained as an apprentice at the Pear Tree in Burnaby, B.C. He is also known for his performance in culinary competitions, most notably when he represented Canada against 24 countries at the Bocuse d’Or World Cuisine contest. Recognized in Vancouver’s culinary scene for his passion and artistic culinary expression, he is currently Product Development Creative Chef for Earls Kitchen & Bar.

A thank you to Chef David Hawksworth.

The Club salutes Chef Hawksworth for his efforts to advance the profession in Canada and for providing mentorship and opportunity to our country’s best and brightest young chefs, many of whom have contributed to the legacy of fine dining at all three lodges in Haida Gwaii. We also commend him for the Hawksworth Young Chef Scholarship initiative, a culinary arts non-profit created to recognize and inspire young Canadian chefs, while promoting professionalism and culinary excellence within the hospitality industry. Through its national annual competition, the scholarship program provides a platform for talented young chefs to get a head start with an unparalleled opportunity to work in the country’s leading restaurants.

We regret to say that the ninth annual David Hawksworth and Friends Culinary adventure is again sold out for 2015, however, there are a few spots remaining at The Outpost in August, where in addition to legendary fishing, guests can catch their limit of the sophisticated offerings of Executive Chef Paul Moran and Stephanie Noel.

Finally, although it is still early in the planning stages, the Club’s management team is working on holding a WCFC Chef’s Reunion special event trip that will see many of our most accomplished kitchen alumni back to spoil our guests in a manner far beyond their wildest imaginations.

Until then, stay tuned and tight lines! From 1979 to 1986, Walter owned and operated Pietros in Vancouver near the Pacific Coliseum, then home to the NHL’s Vancouver Canucks. The restaurant was a popular haunt for Canucks coaches and management staff and for legions of loyal customers from the city’s east side Italian community, who appreciated Walter’s commitment to refined old-world fare. As the inaugural Executive Chef of The West Coast Fishing Club, Walter established very high standards for the Club’s entire culinary program, beginning in 1989 when he oversaw food and dining service at North Island Lodge and later at The Clubhouse when it opened in 1991. He worked for almost a full quarter century at North Island Lodge until his passing in February of 2015. Chef Nathan Guggenheimer completed his culinary training in Brittany, France and later moved to Vancouver’s Westin Bayshore hotel. As his career progressed he found himself at West where he worked under David Hawksworth. It was there he met Dale Mackay who he would eventually work for at Lumiere as a Sous Chef, and at DB Bistro as a Chef du Cuisine with Daniel Boulud. Guggenheimer also worked in London as Chef de Partie at the Michelin starred restaurant The Square. He subsequently earned a position as sous chef at Daniel Boloud’s landmark restaurant Daniel in New York City. Along with Dale Mackay, he opened Ayden Kitchen and Bar in Saskatoon, Saskatchewan in 2014, which has already garnered numerous awards, including a number eight ranking in En Route magazine’s Best New Restaurants guide. Chef Andrew Springett’s long CV includes working with Michael Noble at Vancouver’s Diva at The Met; Bernard Casavant at Chateau Whistler; George McNeill at The Royal York and Mark McEwan at North 44 in Toronto, and Bruno Marti at La Belle Auberge in Vancouver. He also spent some hands-on time with Chef Morimoto (the Iron Chef) and Daniel Boulud in New York. He also represented Canada at the 2003 Bocuse d’Or competition in France and was part of the team that won gold at the 2000 World Culinary Olympics.