Like many people that pursue a career in the culinary industry, David fell in love with cooking around the table of his family. Pasta was rolled by hand, the smell of freshly baking bread and bubbling sauces was always in the air and a respect for food’s ability to bring people together was learned from a young age. 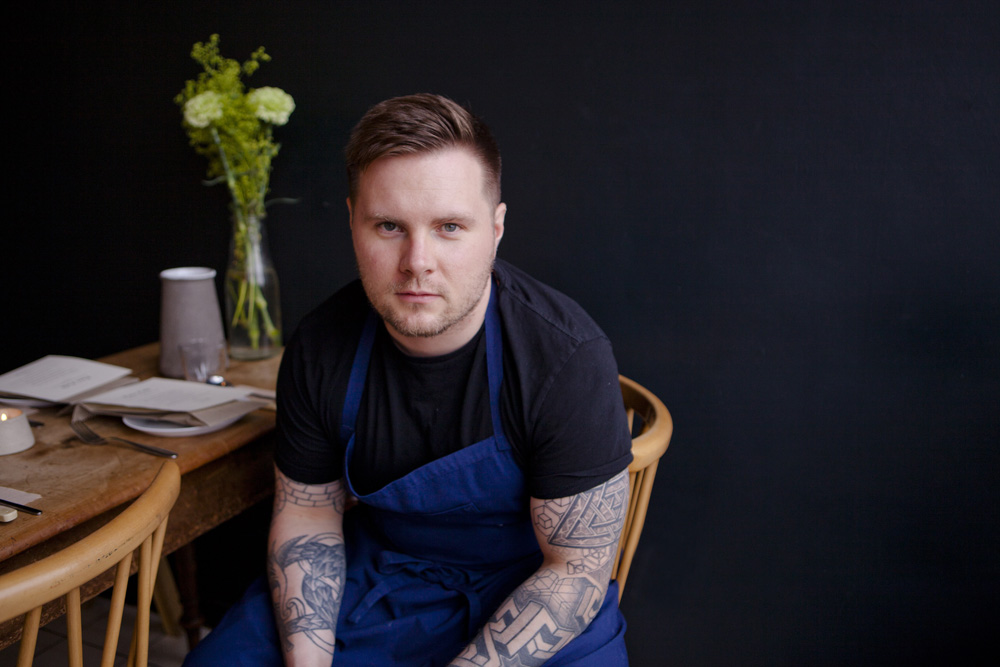 David is a graduate of the NAIT Culinary Program, As a student David got his first taste of fine dining as a Intern at New York Restaurant Le Bernadin. David was also a member of culinary team NAIT and won Bronze in the HOFEX Culinary Classic in Hong Kong.

After graduating, David set his sight on Spain in 2012 and earned a spot to work in the Carnes section at Restaurant Martin Berasategui in the Basque town of Lasarte-Oria. David took room and board by living in the restaurant’s wine cellar. Each day, working to produce the stocks and sauces for the daily service at the acclaimed restaurant. Everyday was a lesson in the importance of hard work, discipline and sense of finesse it took to work in a three Michelin star kitchen. 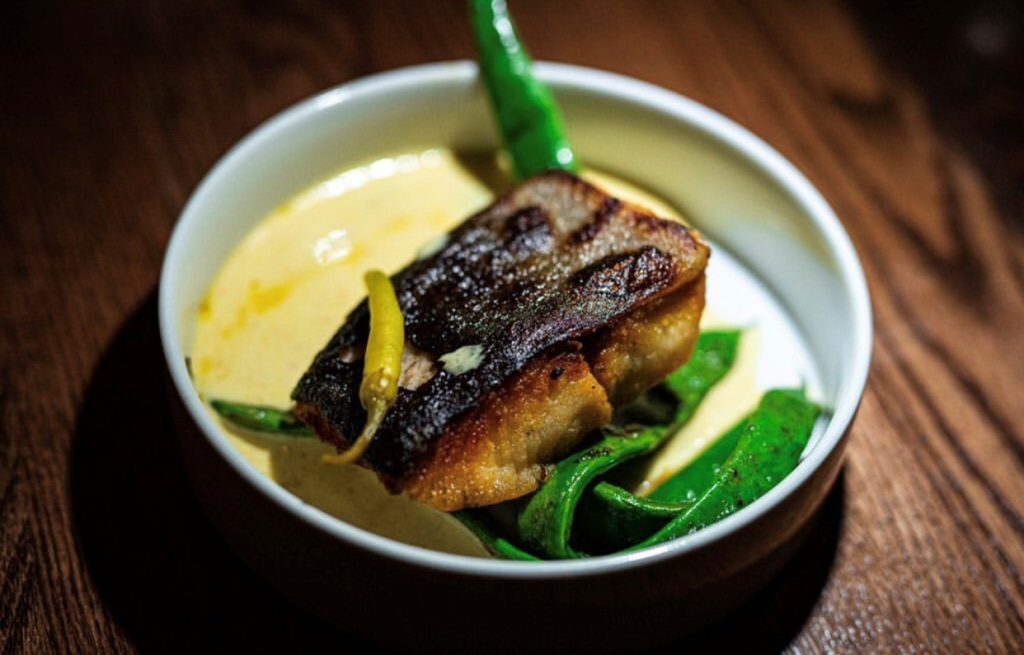 In 2013, David interned at Relae under chef Christian Puglisi. at Relae David was exposed to a hyper level of detail and focus on creativity, ingredients and the power of going against the grain in a culinary landscape.

David joined the team at Rene Redzepi’s restaurant Noma in 2014 running the restaurant’s outdoor BBQ section. He was then hand-selected to join the opening team of the Noma backed restaurant 108 2015-2016, ran by Chef Kristian Bauman. At 108, David would learn what it would take to build a world-class restaurant from the ground up and was privileged to work with such an amazing team of cooks and chefs.

Returning to Edmonton in 2017,  the Edmonton Economic Development Corporation approached David to produce the Culinary Labs Series– a popup event that saw 300 guests dine on the 27th floor of Edmonton Tower to celebrate Canada’s 150th birthday. That night set a benchmark for all popups and culinary events in the city of champions and saw a group of Canada’s best chefs come together to deliver a one-of-a-kind dining experience. 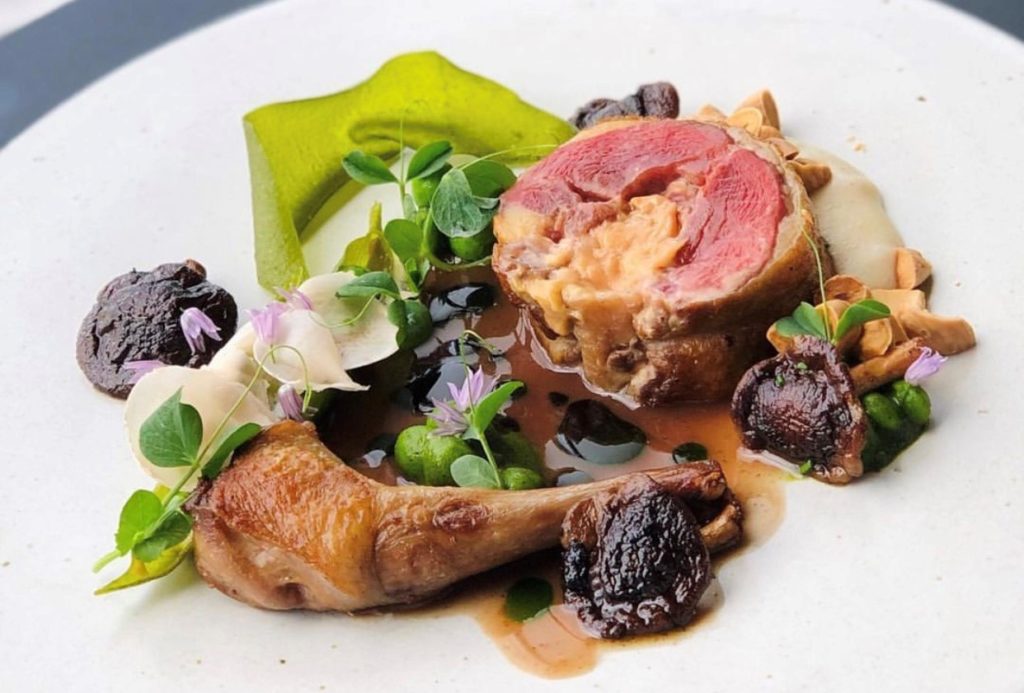 David also paired with food writer Ben Mervis (Fare, Chefs Table, Noma) in 2017 to launch Fare Folk, a dinner series that took place in Glasgow Scotland that utilized the best products, foods, and foraged ingredients grown in the Scottish regions. The dinner was a collaboration created by Mervis that coincided with the launch of Fare Magazine, a UK-based publication that he created that looks at travel and the cuisine of individual time and places around the world. 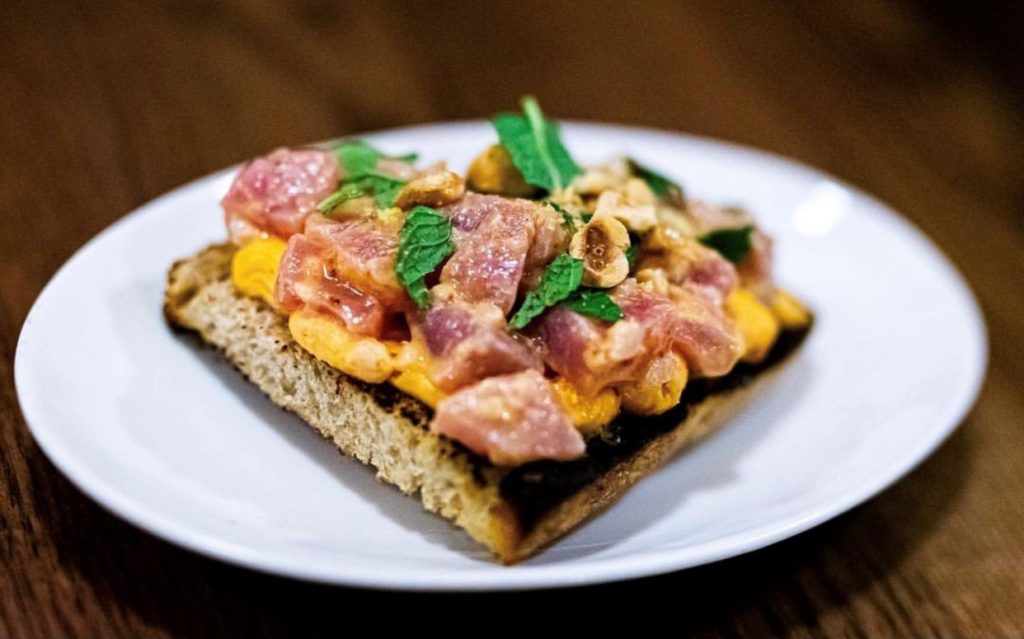 David would then be given the opportunity to work in Paris France as a Chef De Cuisine for the famed restaurant Frenchie 2017-2018. His time in Paris was the biggest learning lesson in his career. In Paris, David was taught the true importance of ingredient quality, French technique, sensibility and humility. 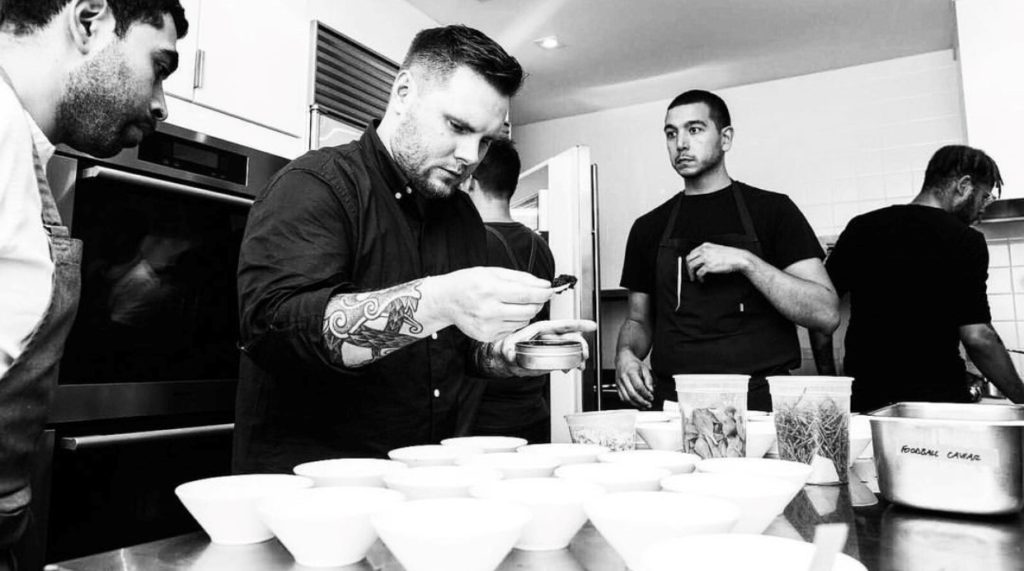 Chef David’s approach will focus on small details that he believes will add to creating the best moments and memories for our guests.

Returning home after sharpening his skill set abroad, David took the helm at Edmonton’s classic cocktail bar Woodwork in 2018-2019. During his time as the head chef, the team at Woodwork won Avenue Magazine’s best bar award. David would also helped launch a dinner series in collaboration with a new culinary-driven charity in Toronto called Foodball in late 2019, creating dynamic dinners with national and international chefs for a good cause. The first year was a massive success that raised over $700,000 for the Sinai Health Group in Toronto.