The West Coast Fishing Club is pleased to present the Far Beyond Concert Series at The Clubhouse. Guests will enjoy live music nightly by two talented music duos, Mick Dalla-Vee & Marc LaFrance and Dave Reimer & Brent Knudsen. The bands consists of some of Canada’s most sought-after professional musicians who have recorded and performed with a long list of international artists – from Shania Twain and Cher to Bon Jovi and Motley Crue – and countless musical points in between. They’ve also recorded and/or performed with Canadian rock icons Loverboy, Trooper, Prism, Chilliwack, Barney Bentall and have for many years been the backing band for music legend Randy Bachman and the frame of Bachman-Turner, whose long list of global hit singles include Takin’ Care of Business and Roll on Down the Highway. Click here to learn more or reserve your spots on our September 1-4, 2022 music trip. 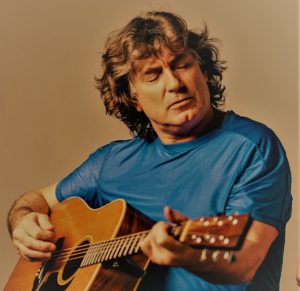 Ken is a multi-instrumentalist and veteran of the Vancouver music scene.   He has written, recorded, and performed in many projects over the years ranging from solo singer songwriter to a variety of bands and projects including the duo Silverlode, to rock, R&B and country.    As such, he has a wide variety of material and experience to draw from in his hopes to find some common musical ground that will stir some memories for you, and perhaps even inspire you to sing along!

Click here to learn more or reserve your spots on our September 8-11, 2022 music trip.