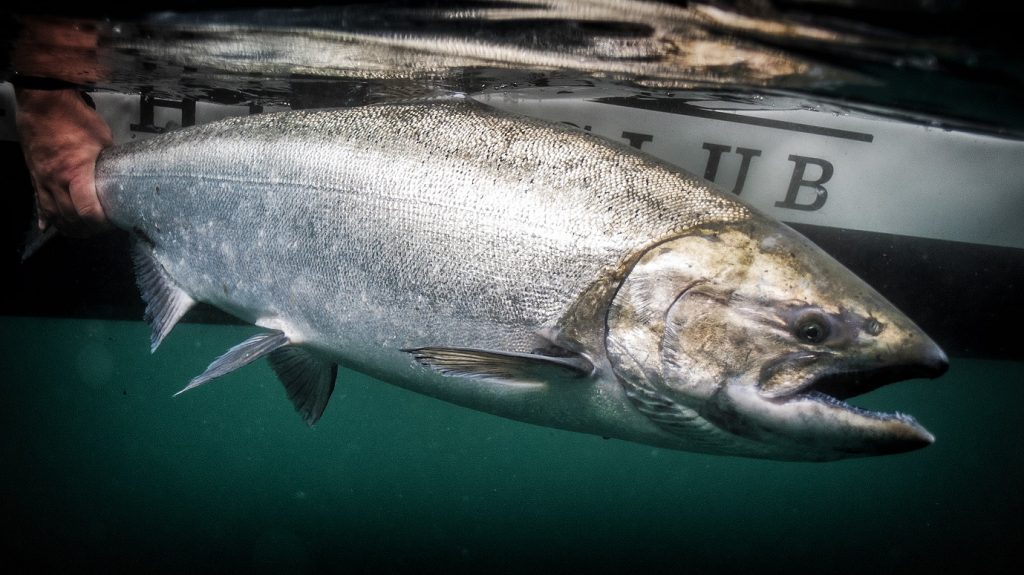 The West Coast Fishing Club is pleased to announce that the 11th annual Fishing for Kids Tournament raised an incredible $820,000 for the Canucks Autism Network (CAN). * 2016 Participants, sponsors and support staff gather on the back deck of The Clubhouse.

Tournament winner, Glenn Fereday, of Thompson Bros Construction, caught a 41.6 pound Chinook during the three day event and donated the whole of his $200,000 winnings back to CAN. Funds raised will benefit the Canucks Autism Network (CAN), which was founded by Paolo and Clara Aquilini in 2008. The charity provides community-level support to over 2,000 families living with autism in British Columbia. “Clara and I are so grateful that this first-class tournament continues to fuel CAN in its mission to provide high-quality programming for the growing number of families living with autism in BC,” says Paolo Aquilini. “With 1 in 68 children now being diagnosed, the need for support is more important than ever.” *Christian and Paulo Aquilini enjoying some time together on the water.

“We are thrilled to have made such a meaningful impact on the lives of thousands of BC children in-need in just 11 short years,” says Brian Grange, Director of the West Coast Fishing Club. “We could not do what we do without the ongoing support of our generous sponsors including the Vancouver Canucks organization, Silver Wheaton, Helijet and global financial specialist Macquarie, who returned as our title sponsor for the sixth year running.” The Canucks Autism Network (CAN) is a non-profit organization that provides year-round, high-quality sports, recreational, social and arts programs for individuals and families living with autism, while increasing awareness and providing training in communities across British Columbia. The prevalence of autism has increased dramatically in recent years, to one in 68 children and more than 11,000 in B.C. * Fin, Champion Child Brandon Carinha, Derek Dorsett, and Sven Baertschi on the back deck of The Clubhouse.