Another weekend has flown by and The Outpost season is coming to a close. It is hard to believe that we have three trips to go!! I feel like I arrived at Port Louis a few days ago!!

The BA Blacktop group did show up a few days ago and have had some great fishing!!

This is the story…. He hooked into this nice fish with Sammy yesterday afternoon. After the battle was over and the fish was in the boat, Philippe grabbed the bonker and with one swift bop to the noggin… …the two were posing with a nice fish. After any great battle, the victor usually basks in the glory…. I think Philippe is definitely basking, “That was a doozie”!! As did Alan, with this perfect sized hali. Miguel, Patrick and Kees had a good first afternoon fishing; Miguel from Chile, Patrick from France and Kees from Vancouver. This was quite a diverse group of fisherman. Miguel landed his first ever salmon as well as Patrick, well done!! Some big dogs showed up on the dock today, Smily Mylie guided these gentleman into some nice fish, Kees with a 26lber, Patrick with a 27lber, and Keith with a 30.5lb tyee. Keith takes home the bacon with the biggest of the trip. Although there is a story running around the guide shack about a fish that spat the hook at the side of the boat, estimated to be in the mid 50s!!! Unfortunate, but “That’s the way the cookie crumbles”… Either way, nice fish Keith. After a hard day on the water the guides still have to be at attention… Don’t mess up Myles….. All eyes are on you!!! Chris gave up the Jacket early in the KRUD match this week, he thought he was going to keep the jacket for the remainder of the season….. Wishful thinking!!! He gave the Jacket back to me!!! Another victory for the good guy!! That is three wins in the last 4 matches….. I am hot on Jordan’s heels for the most wins this season, one win and I will tie him at 4.

The weather looks good for this week, maybe we will try for Albacore again, word has it that a few miles north a commercial boat got into lots of tuna, over 20000lbs!!! They are around, we just need to find them!! 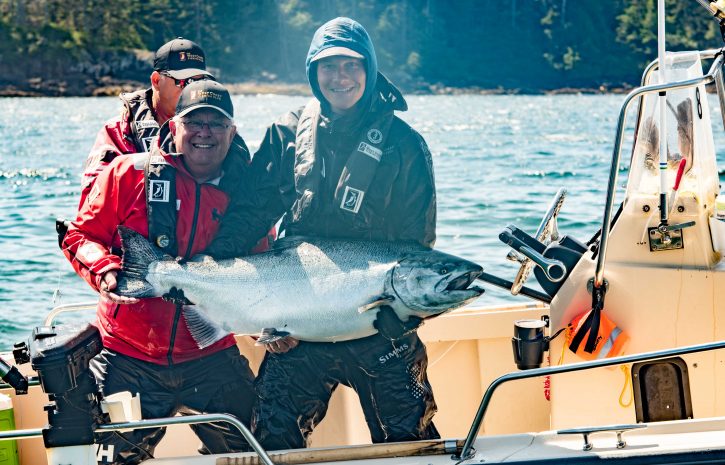 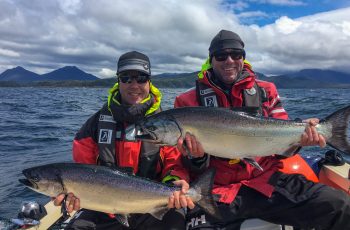 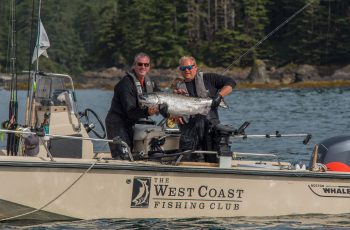